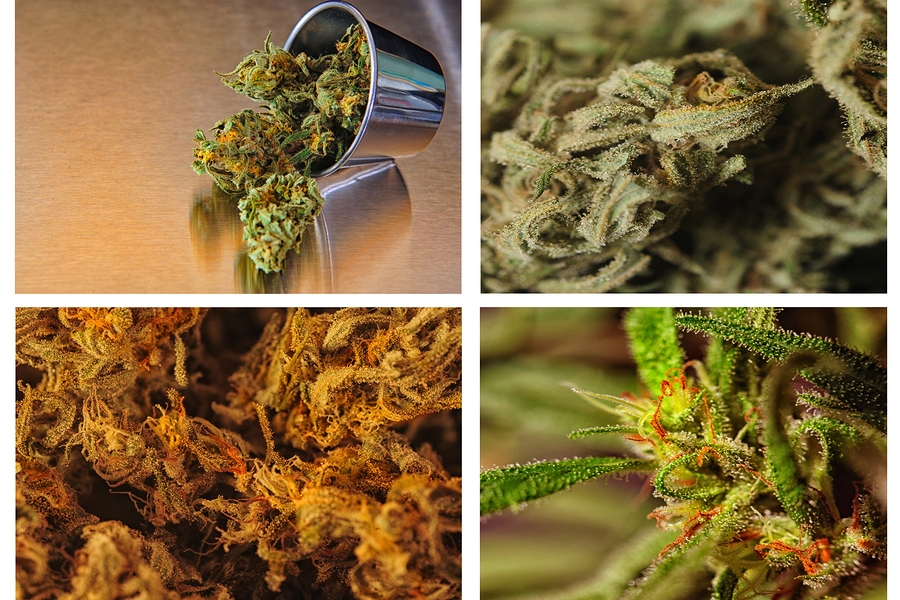 I started smoking nearly a quarter century ago and I’ve never really stopped. I grew up in New England and in those days getting pot was a major chore. I was happy if I could get it at all. It never occurred to me to ask the seller what strain the weed was, or whether it was an Indica or a Sativa. That just wasn’t a thing.

Sure, I remember once when I was about 14 some distant friends smoked me up with Chocolate Jamaican, and once or twice I tried Northern Lights. Once I got a hold of what were supposedly Thai Sticks. But those occasions were rare. Most of the time you’d pay around $20-$25 for an eighth of Mexican commercial brick weed. It was ugly and hard and full of sticks and seeds. You didn’t ask what kind it was because no one knew, and no one cared. You just smoked the shit if you could stand it.

The same was always true about hash too – if you could by some miracle score hash, no one ever knew what type of weed the stuff came from. By the time it made it into our grubby mitts in New England, its type and history were long buried in the exchange of hands required to beat the Drug War’s long arms.

As I approached my 30’s I fell in with the mature marijuana smokers and was able to easily score some of the world’s best pot – Maine and Vermont has plenty of it during harvest season. But in almost all cases, no one ever discussed the strain. Indica? Sativa? Most people that I smoked with sort of knew what those terms meant, but only vaguely.

A friend of mine in Belfast, Maine had a sporadic connection that lasted for several years and yielded quite a bit of NYC Diesel. But other than this, I haven’t heard anyone talk about strains or types.

Despite the lack of cannabis culture in the northeastern US, marijuana lovers there were just as passionate as any cannabis kid anywhere. They grew their plants with care, mastered lighting cycles and pest control methods, perfected curing techniques and created an end product that you could be proud of. Even still, names and strains were usually “not a thing,” and not much has changed since my first joint in 1990.

In fact, this summer I spent time in Vermont and I was able to make 2 major weed connections. One was able to get a mid-grade, brownish all-purpose pot, and the other was able to procure fine, potent and fresh marijuana. But I never asked the guys I got it from whether it was a Sativa, an Indica or a blend, and I certainly never asked what strain it was. Even if it had occurred to me to ask, they wouldn’t have had an answer, and they probably would have called me a weed snob if I had. But with the growth of cannabis culture worldwide, this is steadily changing. During the last few years I’ve lived in a number of different countries and had to play various games in order to procure and safely smoke marijuana. In places where marijuana use is widely tolerated – like Amsterdam and Barcelona, I was introduced to an entire world of cannabis culture that I wasn’t aware of before.

Strains, strains, strains! There are hundreds of marijuana strains and each one has a unique taste, a specialized purpose or benefit, a distinct aroma and highly individualized effects. Learning the differences first-hand taught me a great deal about the massive therapeutic potential for cannabis as well as the artisanal aspects of pot that you can enjoy like a fine wine or a well-crafted beer. It taught me that not every type of weed is the right type for me, even though I still live by the principle of “beggars can’t be choosers” when I must.

For instance, before my immersion in cannabis culture, I never knew whether the pot I was smoking was an Indica or a Sativa. But after careful study of each type, I discovered that I overwhelmingly prefer Indica, and actually don’t find Sativa to be very appealing unless it is exceptionally strong.

I’ve also found that certain strains other people love don’t work for me. The Super 7 strain, for instance. Then there was Somango: a 100% Sativa plant that I smoked but never actually bothered to write a review on. There’s also the much-loved Cheese strain, which does nothing for me but causes pie-eye and chronic munchies in just about everyone I know who smokes it.

In fact, the most potent item circulating here in Barcelona at the moment is a hash oil called Gasolator. I purchased a big nasty gob of it and smoked it repeatedly with absolutely zero effect. Some local stoners didn’t believe me because this stuff is notoriously strong, but it just didn’t work for me. My girlfriend also tried it several times and got nothing from it, and she is a lightweight.

So here’s my point: because I have researched, studied and personally experimented with many different types of marijuana, I am able to make better decisions for myself. Why would I spend money on a Sativa that doesn’t relax me or get me high? Why would I want a strain that I know from experience doesn’t work for me?

This is all valuable information, and its existence as useable data is due to the changing of the cannabis quo. Cannabis culture isn’t new, but in America it’s been so rare that it might as well be. In fact, when I return to the States I know the moment I open my mouth about blends or strains that I’ll be immediately deemed a weed snob. I’ll still go through the same one or two guys to acquire my nondescript marijuana, and I’ll still smoke it no matter what it is; because for now, weed is still just weed in most parts of America.

But it won’t be that way for long.

6 thoughts on “The Changing of the Cannabis Quo”