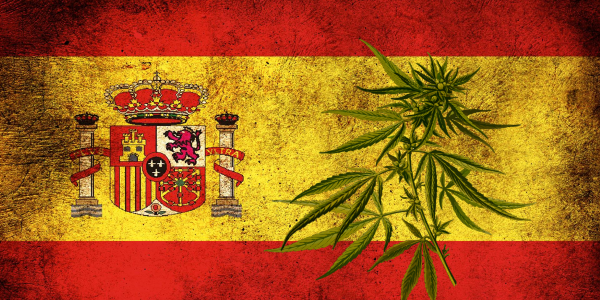 The future of Spain’s cannabis clubs is cloudy. With no regulation at all at the federal level, regional enforcement of cannabis policies has been inconsistent and confusing. But with more than 800 cannabis social clubs spread across the country, Spain can’t afford off-handed complacency any longer. To create a sustainable future for the CSC model, politicians, cannabis industry professionals, and private citizens must come together to develop a sound policy; a collaboration which may or may not be in the future of Spanish cannabis clubs.

Study the past, if you would divine the future.

Background: A History of Cannabis Social Clubs in Spain

For most of Spain’s modern history, there were few penalties for the average drug user. The general practice was that if a person wasn’t committing other crimes or acting openly immoral, authorities looked the other way concerning personal drug use. In fact, Spain has never criminally penalized personal possession or consumption of marijuana.

Although this policy of personal drug consumption liberty continues to this day, in 1992 Spain passed a new law that levied a fine on citizens who used and/or possessed drugs on public property. This move directly led to the cannabis culture revolution that Spain is experiencing today.

In response to the new law fining people for personal use and possession of cannabis, the Ramón Santos Association for Cannabis Studies (ARSEC) formed in Barcelona in the early 90’s as Catalonia’s first cannabis activism organization. In 1994 ARSEC planted nearly 200 cannabis plants in an action now commonly known as The Catalan Breach. These plants were quickly seized by police and the founding members of ARSEC were arrested.

The provincial courts acquitted ARSEC, but the prosecutor appealed the decision and three years later, the Supreme court ruled against the cannabis association. A light sentence of several months incarceration – suspended – and a few thousand Euro in fines was handed down by the court.

Cannabis activists at the time saw the 1997 Supreme Court decision against ARSEC as unacceptable. In response, several cannabis organizations came together in support of ARSEC. One of these associations planted a cannabis crop in protest. This action was referred to as The Basque breach, and the initial result was similar to The Catalan Breach; police charged the founding members with “crimes against public health,” and sought permission from a judge to eradicate Kalamudia’s cannabis crops.

But this time, that didn’t happen. The court ruled in favor of Kalamudia by dismissing the case and barring the police from destroying the association’s marijuana plants. This move gave activists and cannabis associations all over the country the confidence needed to push their agenda forward during the next few years, culminating in the opening of the Barcelona Cannabis Taster’s Club in 2001.

Barcelona Cannabis Taster’s Club was the first club to offer a private space for members to consume cannabis products produced by the association. Until that point, Spanish cannabis associations were collective solely for the purpose of growing and then distributing cannabis among its members. BCTC and other clubs like it that followed provided a taproot for Spain’s burgeoning cannabis culture.

Growth of the cannabis social club model in Spain was initially modest, with only occasional conflict between clubs and authorities. In 2009, there were just 14 clubs in all of Catalonia, and a handful in the rest of the country. But only three years later there were hundreds, with 200 or more operating in the city of Barcelona alone. Trouble was brewing.

When an explosion of new clubs hit from 2012 to 2015, things came to a head. Major criminal cases were brought against numerous cannabis clubs, including Pannagh, Green Lemon, 3 Monkeys, Maria de Gracia, La Mesa, ABCDA, and several others. These cannabis clubs were generally charged with “crimes against the public health,” and “illicit association,” as authorities had learned from many previous court decisions that trafficking charges don’t stick to private cannabis associations in Spain.

In most cases, the defending clubs won their case in provincial court, but after prosecutorial appeals, higher courts reversed those decisions and handed down relatively light sentences.

What are the Cannabis Laws in Spain?

The Right to Privacy affords Spanish citizens the right to do mostly whatever they want in private, including consume drugs. This protection also allows a person to cultivate marijuana for personal consumption, although it does not specify how much marijuana a person can have, or how many plants can be grown; it’s a general right to privacy.

The Right to Association allows citizens to organize as groups. In relation to the Right to Privacy, if private citizens wish to get together and grow and/or consume a personal amount of cannabis in a private space, they are Constitutionally protected in this aim.

These Constitutional protections do not mean that cannabis clubs are regulated Federally; they’re not. The Spanish Constitution allows the clubs to exist in legal theory, but it’s always been local authorities that attempt to regulate or control them. In general, this regulation consists of public health matters; ventilation of smoke, proximity of clubs to schools and health centers, etc. But in the Spanish enclave of Navarra, actual regulation exists that seeks to control the cannabis clubs there, although it has largely been ignored. According to Bernardo Soriano, a leading attorney for social clubs in Madrid, this is a Federal vs. Regional government conflict:

In fact, there is no specific regulation about Cannabis Social Clubs at a national level, and the only regulation that nowadays is approved at an autonomous level is in the Community of Navarra. Nevertheless, it is not in force since it has been appealed by the Popular Party to the Constitutional Court, precisely because it aims to regulate at an autonomous level an issue that can only be regulated at a national level.

Mr. Soriano makes an interesting point regarding why local authorities have been unsuccessful in trying to stamp out cannabis social clubs; they simply don’t have the power.

Some cannabis activists, like Oriol Casals Madrid of Observatorio Civil de Drogas, are trying to change that by forcing the Federal government to regulate the clubs. In Barcelona, the capital of Spain’s cannabis industry, a 60,000-signature petition called La Rosa Verde is being spearheaded by Mr. Madrid to attempt to direct Catalonia’s parliament to regulate cannabis associations. But this is actually a clever method of persuading local lawmakers to press the Federal government for national regulation of private cannabis social clubs, and it’s the best chance that Spain has for national cannabis legislation any time in the near future.

“The cannabis community and activists here are fully supported by Parliament and the Department of Health,” said Mr. Madrid in a recent interview. “They’re ready to play ball.”

Mr. Madrid is the main representative of Catalonia’s cannabis industry in parliament, and believes that the future of Spain’s cannabis clubs is favorable – especially in Catalonia – a progressive part of Spain that often sets the political and cultural tone for the rest of the country. And considering that new cannabis associations are opening every month in Catalonia and other cities and towns all over Spain, it’s obvious that Mr. Madrid’s favorable outlook is shared by many other people working in the country’s cannabis industry.

What we can deduce by looking at the past of Spain’s cannabis clubs is that we probably won’t see much change in the near future. Despite the numerous calls for regulation, it’s probable that Spain will continue to take pages from the playbooks of the Netherlands and the United States, both of which have never regulated cannabis establishments at the federal level. By refusing to regulate, governments maintain control by reserving the trump card; if something hasn’t been regulated federally, it’s much easier to shut down if public sentiment or other catalyst dictates.

So while the future of Spain’s cannabis clubs is cloudy, it’s not likely to rain on this parade any time soon. After all, it’s the Spanish Constitution that allows the clubs to exist, and if decades-long pressure from its citizens and institutions isn’t enough to sway the government to create a few loose regulations for a popular and profitable industry, it’s not at all likely to change the Constitution.

3 thoughts on “The Future of Spain’s Cannabis Social Clubs”