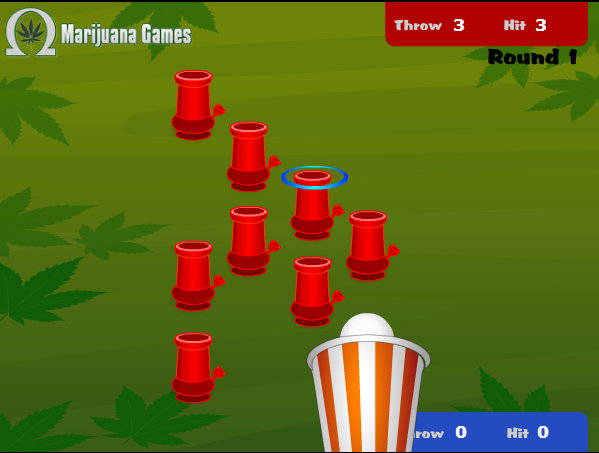 Weed Pong can be played by groups of up to three or four people, or just one person on each team.  However, if you cannot see the game field above, it probably means that you are attempting to play on a device that does not currently support Flash.  (Weed Pong online marijuana game is based entirely on Flash)  In order to play Weed Pong, you will need to visit the app store for your device and type “flash player” in the search bar, then download the appropriate app and come back to play.