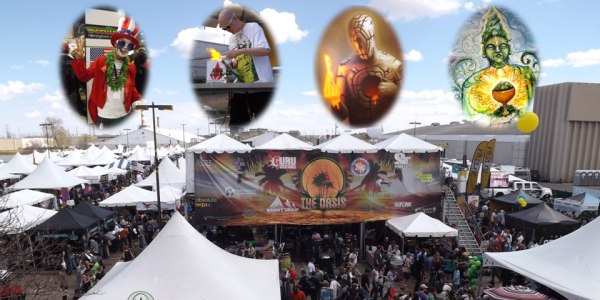 The 2014 High Times Cannabis Cup in Denver fell on the fabled stoner’s holiday, 4/20. Tens of thousands of cannabis enthusiasts flocked to the Mile High City that week, and if you tried to buy some weed at a Denver dispensary you’d know they were there; long lines snaked out the door and down the sidewalk at many retail weed shops in the days before the Cup. Many shops were unprepared for the influx, although ultimately it seemed to me that there was more than enough weed for everyone.

I attended both days of the event and had an awesome time – there was so much to do that I missed out on quite a lot. However, I did manage to get a little more than 100 good photographs of the people, businesses and organizations behind the 2014 High Times Cannabis Cup, and I’m happy to share them with you here.