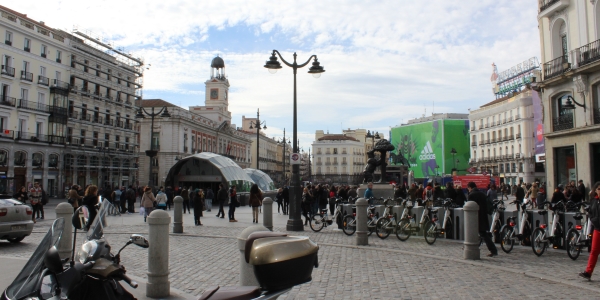 In Barcelona, there are around 200 clubs, but in Madrid there are only about 60-80. This is because the Spanish cannabis club was born and matured in Barcelona, so Madrid is a little behind in terms of numbers. Additionally, liberal regulations and lax enforcement in Barcelona, which is located in the semi-autonomous region of Catalonia, have allowed the clubs to grow rapidly in that city, whereas reserved and sometimes overzealous city officials in Madrid have been much more cautious.

However, today attitudes about cannabis consumption are relaxing in Spain’s capital city, and the private cannabis clubs in Madrid are blossoming.

In fact, just a few years ago only about 25% of the emails we received about cannabis club membership were for the city of Madrid; nearly all of the remaining 75% of our emails were queries about smoker’s clubs in Barcelona.  But as of September 2021, the ratio is now 70% Madrid and 30% Barcelona and other cities.  That change happened over a period of about 5 years, but has also been helped by the push during the COVID pandemia by the regional government to keep bars and restaurants fully open to attract tourism in general to Madrid. Perhaps, if we extrapolate Madrid will take over as the weed capital of Spain, and the social club capital of the world.

Cannabis clubs in Madrid serve a critical public demand that has been a long time in the making. This system eliminates the need for people to rely on the black market, and it ensures that consumers can acquire the cannabis – therapeutic or recreational – that they need without exposing themselves to potentially dangerous products and people. If you’re considering joining a cannabis club in Madrid and you need some guidance, please send me an email at contact@marijuanagames.org.