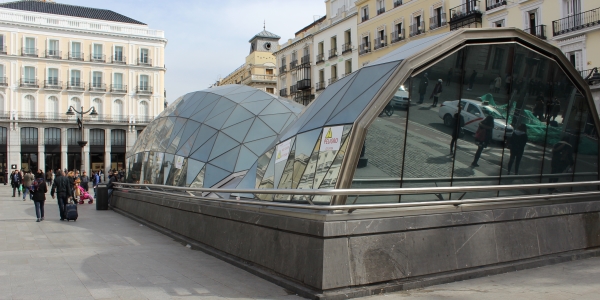 If you’re trying to figure out how to get marijuana in Madrid in 2018 and going into 2019, you’re not alone; each month thousands of people set out with this task in mind, but not everyone is successful, and not everyone who is successful in acquiring some weed in Madrid is happy about it. This article details the three methods of getting weed in Madrid, and assumes that you don’t already have a connection or know someone in the city.  Or, you can apply for Madrid cannabis social club membership through the following link:

(This is a preliminary application process; not all who apply will qualify for membership at a Madrid marijuana club based on Spanish law and club policy. Application for membership is general and is not necessarily applied to any particular club unless the applicant fully qualifies.)

It’s not difficult to find marijuana in a large international city, but it can be challenging to find good weed at reasonable prices and without engaging in sketchy situations with shady characters. Madrid is no different, so if you decide to take the traditional route to get weed in Madrid, be careful. Be observant and prepared at all times.

The best place to find black market marijuana in Madrid is in Parc Retiro – a large park in the center of the city – or in the Lavapies barrio, near the metro station. In either location, the process is about the same; look for African or Middle Eastern men who will stand there and attempt to make eye contact with potential buyers. These men often carry a small backpack.

Make eye contact with them, and in most cases if they have something to offer they will tell you. Don’t pay the initial price that the dealer starts with – always firmly request a lower price. If you speak fluent Spanish this might prove an easier task, but if you’re a gringo expect to pay a higher price in general, while still never settling for the initial asking price. Always negotiate.

Getting Marijuana in Madrid: Join a Cannabis Club Legally

People who are searching for ways to get marijuana in Madrid will be happy to know that there are approximately 60-80 legal private cannabis clubs in the city. These clubs operate on two provisions of the Spanish Constitution that you can READ ABOUT HERE. The clubs exist on the following principles:

You can legally join and get marijuana at a private cannabis club in Madrid. Under the privacy laws, you must be sponsored to the club by an existing member. Under the Rights to Association laws, you are bound to ensure that the cannabis products provided to you do not fall into the wrong hands; i.e.; anyone who is not a member of the club.

Joining a cannabis club in Madrid requires about 10-30 minutes of your time, and you will be asked to pay a membership fee that varies from club to club, but is generally around 25-50 Euro. Once you are a member you will be entitled to use the club’s dispensary to collect and contribute for your share of the cultivation efforts of the Association. Most cannabis clubs in Madrid offer their members 4-8 Sativas, 4-8 Indicas, and, depending on the club, a selection of hash and concentrates.

Click here if you want to learn more about joining a cannabis club in Madrid, or you can email me here: russ@marijuanagames.org

Getting Marijuana in Madrid: Bring it with You from Spain or the Netherlands

In most cases it is fairly safe to bring a small amount of marijuana for personal use from and to the Netherlands and Spain. Meaning, if you’re traveling anywhere within Spain, it will probably be safe to carry weed along with you. Same is true within the Netherlands. Furthermore, if you stick a couple of joints in your coat pocket and fly from Amsterdam to Madrid, it’s likely that no one is going to bother you. Likewise if you’re traveling from Barcelona to Rotterdam and you’ve got a couple of grams of haze in your bag, in most cases no one will say anything – because they probably won’t notice and the laws in both countries in regard to cannabis are relaxed enough that the worst that might happen is that you get scolded and your weed thrown away.

However, if your flight or travel takes you into another country such as France, then none of these protections and policies of “looking the other way” will apply and you can face severe consequences if caught with even a small amount of any drug.

The best and safest way to get marijuana in Madrid is to join a private cannabis club, as there is almost zero risk for members to acquire and consume cannabis in the club or in another private environment. Click here for more information about Madrid Cannabis Clubs.

81 thoughts on “How to Get Marijuana in Madrid, Spain”