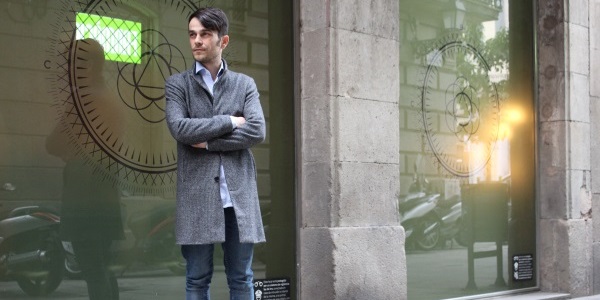 Paris Mato is a cannabis extracts maker based in Barcelona, Spain. His tiny but wide-reaching company, Judas Iscariote, has become the largest producer of marijuana extracts in Catalunya in just three short years. Mato’s creations can be found inside more than 50 private cannabis clubs in Spain and include marijuana tinctures, creams and salves, personal lubricants, E-cigarette cartridges and more.

How it All Got Started

The first time Paris Mato made an extract, he produced 1 kilogram of cannabutter. At the time, Mato had friends who owned a coffeeshop; they treated him to a huge bag of marijuana trimmings, which Mato used to create a massive amount of cannabutter. This cannabutter was then used in cookies, brownies, pies, pasta and other standard food dishes, with most items given away to friends or used in cannabutter parties.

That yield of 1 kg of cannabutter set Mato down the road to edibles production at the age of 25. Said Mato;

I felt so compelled, so moved by the transformation of cannabis into something that allowed me to get high without smoking anything.

For the next several years, Mato experimented with edibles and other extracts, eventually developing a recipe for a cannabis cream. The cream was originally designed to treat Mato’s grandmother, who suffered from debilitating arthritis in her hands. As it turned out, Mato’s cannabis cream, called Crema Mano de Santo in Spanish, worked so well that other people started asking for the product; mostly friends and family at first, but then word grew and with it the demand for this cannabis-infused cream. This author began using Mato’s tincture to help cancer patients relieve symptoms of chemotherapy and other side effects of traditional cancer treatment. The effects of the tincture were noticeable; cancer patients that I worked with who were once sullen, exhausted and in constant pain could eat, sleep, smile and live a somewhat normal life again while taking Mato’s Green Dragon tincture.

By early 2017, Paris Mato had made his brand, Judas Iscariote, into a household name among Spain’s cannabis clubs. But Mato hasn’t let his success go to his head; he’s one of the humblest of Spain’s cavalcade of cannabis professionals and, despite his work with extracts, believes strongly in Whole Plant Medicine.

I think this idea and this practice of isolating specific parts of cannabis – or any plant for that matter – isn’t a good idea.

However, Mato also makes it clear that his products are intended for recreational use, even though many people use them for medicinal purposes.

I’m not a doctor and I don’t give medical advice.

Cannabis is different for everyone and it is up to each person – and their doctor if necessary – to discover what [marijuana product] works best for them. Products currently in the Judas Iscariote lineup include:

When asked about the future, the maker of Judas Iscariote products was characteristically cautious.

I’m not sure about the future [of the cannabis industry] because I think the industry itself is unsure. But eventually, I want to see my products helping people in every legal cannabis market in the world.

Those are strong ambitions for a humble man.

Have you tried Judas Iscariote cannabis extract products or dealt with Paris Mato professionally? Let us know about your experience in the comments section below!