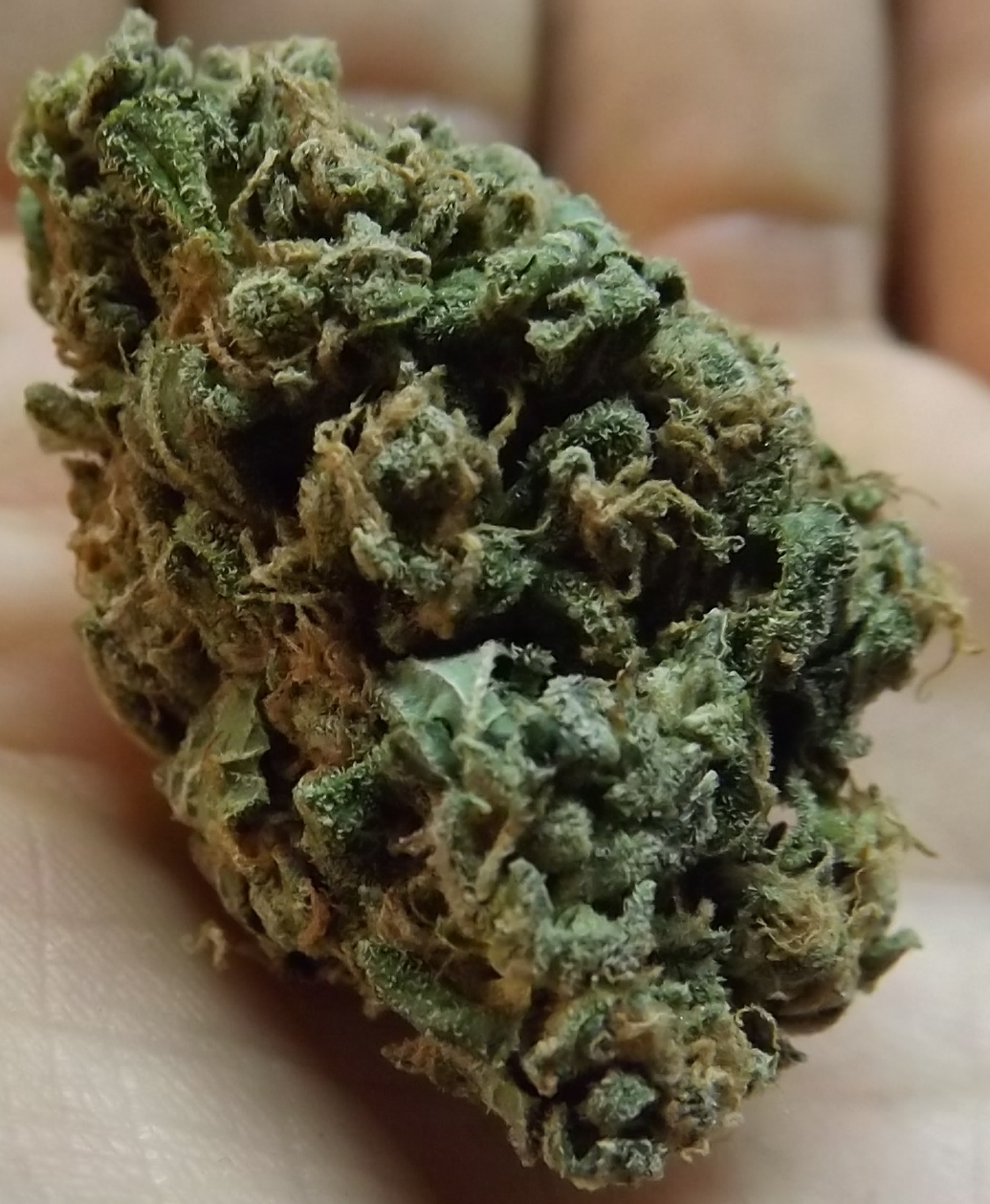 This marijuana strain review is a smack down between Critical, Shark and Sweet Afghani. I picked up 3 grams of each from Abcda private cannabis club on Av. del Marques de l’Agrentera in Barcelona. Of course, I didn’t really need 3 grams of each, but Abcda only offers marijuana to its members in 3 gram bags (or more in some cases). You can get hash extract in 1 gram bags, and my next review will cover a gram of Abcda’s awesome Black Poison. But for now, let’s get into this marijuana strain review smack down. Critical is a beautiful Sativa that is lighter green in color and moderately crystallized. It doesn’t have much coloring except for some orange hairs here and there, and the scent is mildly piney mixed with white sage. A good rip from a clean bong produces an exceptionally smooth and mild smoke that goes down easy. The flavor is subtle but there’s a clear note of cinnamon and spice; this is definitely a unique property of the Critical strain.

Despite its relative mildness Critical hits hard and fast. After 2 hits my eyelids were swollen and I had to suppress a perma-grin while watching really bad videos on VH1 at the Abcda club. Strangely enough, I was quite high after two hits, but there was very little difference between the second and the 4th hit. I didn’t feel a need to test how the 5th and 6th hits would be, so suffice it to say that Critical provides a good high from just two hits. I had never heard of the Shark marijuana strain before so I was pretty excited to try it even though I’m not terribly keen on Indicas. At first glance it seemed like it was going to be one of those varieties that kick your ass all afternoon, but it didn’t turn out that way.

Shark buds are a lovely light green with just a little bit of orange hairs. The buds are so light green that in the right light they sometimes look yellow. Overall the bouquet is sweet like fresh cut hay, which in my experience is actually a bad sign even though it’s a pleasant scent. I’ve been smoking for more than 20 years and every time I’ve noticed that fresh-cut hay smell in a bag of marijuana, it was always because the weed had been improperly cured. I don’t know for certain that this was the case with this particular bag of Shark, but the weed definitely smoked like it wasn’t quite done right. However, this doesn’t mean it wasn’t an interesting bud to smoke; in fact, it was pleasantly mild with the sweet taste of grass rising up through my sinuses for a few moments after I exhaled.

Overall Shark is a mellow smoking experience and is only mildly irritating to the throat and lungs. Unfortunately, the standard measure of 4 big rips from a clean bong produced almost no high for me. What little high was there existed way up in the very top of my head; it didn’t swell my eyelids or turn up the corners of my mouth, and it did nothing in the way of a body buzz.

Even at 5 and 6 rips from the bong, the high isn’t much to write about. It’s an active high, that’s for certain, but there’s so little of it there that it hardly seems worth the money.

Ultimately, Shark was a big disappointment for me and even though I bought it two weeks ago nearly all of it is still sitting in the bag. I’ll save it for a rainy and broke day. Sweet Afghani is an Indica even though it really doesn’t look the part. The 3 grams that I acquired had a nice rusty mottling throughout and smelled extremely sweet with a mix of saffron. The bids were quite dry and crumbly and as I prepared a fresh bong I was a little disappointed. It wasn’t very sticky and overall had the texture and feel of a mid-grade highly commercialized variety.

The first pull from the bong didn’t improve my impression of the Sweet Afghani. The smoke was exceptionally harsh and by 4 hits I was coughing to the point of gagging. To be fair, I was taking pretty big rips. In any case, the smoke had almost no bouquet or flavor to speak of, but there was a hint of burnt toast and bitter baker’s chocolate in there. In the end, the Sweet Afghani surprised the hell out of me. The standard measure of 4 bong rips produced an intense high that had me smiling with the potency of it. It’s nice to be surprised by some good bud! This high is heavy, hits your eyelids and head and seems to make it down into your body too.

I learned a lesson with Sweet Afghani: the texture, look, feel and smoke of a particular strain of marijuana don’t necessarily say anything about the potency of its high. And after all, this is what I’m looking for; a great, long-lasting, active high.

Of the three strains presented in this review, I would take Sweet Afghani over Shark and Critical every time. I wouldn’t recommend Shark except to beginners. Critical is always a good time, but Sweet Afghani is stronger and longer lasting.

In my next marijuana strain review, I’ll be detailing my experience with Black Poison – a hash extract that costs 20 Euro per gram and gets me much higher than the Sweet Afghani.