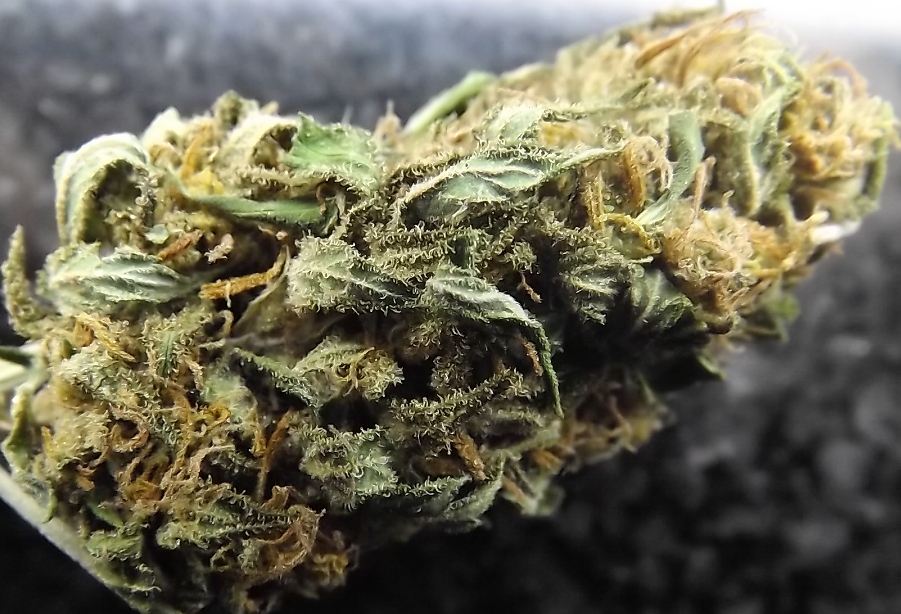 [author-post-rating]
This marijuana strain review of Super Skunk is for the variety currently available to members of the Jammin cannabis club in Barcelona. I’ve declined various strains of Skunk lately in favor of some other more exotic marijuana strains, but decided to try Super Skunk and some Super Skunk hash at the same time primarily because the buds at Jammin looked really sweet. Overall I wasn’t disappointed, but Super Skunk just didn’t have what it takes to earn a 5 Star ranking. Super Skunk buds are among the biggest that I’ve been able to get at private smoking clubs in Barcelona. Unfortunately cannabis is only available in small quantities at each club, so it’s always broken down to the point that you’ll just never see impressive buds. But Jammin’s Super Skunk consisted of attractive & fragrant buds that were more fluffy than compact, but still sufficiently dense.

When viewed up-close, the Super Skunk marijuana strain is actually more brown and orange than it is green, leading to a fairly distinctive profile that stands apart from a lot of other premium weed. The buds are moderately crystallized with short trichromes that don’t leave much residue on your hands after handling them. Super Skunk smells strongly of ammonia. This probably isn’t a flattering description, but people who truly love marijuana will understand exactly what I mean and appreciate this type of scent. Powerful ammonia is the predominant bouquet of this strain, but there are also some fruity notes of cranberry and pomegranate, which I find rare among the world’s cannabis strains.

When smoked from a clean bong, this strain produced thick white smoke that tasted vaguely like warmed milk on the center and center-sides of my tongue. However, this taste was more of an impression than anything, and eventually it gave way to a dirty, cigarette-mouth type of aftertaste. Again, these tastes were vague but still detectable.

After 2 hits both my girlfriend and I were moderately high. We found it fascinating that Super Skunk affected each of us in exactly the same way, and in a way that was unique from other marijuana strains. The high started in the “mask zone,” but in this case it was situated mostly in the outside corners of the eyes and extending into the temples. This was a strange but fascinating observation to both of us and this sensation was reproduced on subsequent use of the strain.

After the standard measure of 4 big bong rips I was high enough to be satisfied and not require more, but overall my impression of the high wasn’t remarkable. At 4 hits the high was situated primarily in the upper half of my head and was most noticeably focused in my forehead. Super Skunk is a short-acting strain but the total duration of the high it provides is moderate at best. After a rapid peaking period of about 5-7 minutes, the high generally lasts for about another 90 minutes (for an experienced smoker) after peaking. Eating doesn’t diminish this high much, but vigorous exercise definitely does.

The Super Skunk marijuana strain is an adequate 4 Star strain that in all honesty sits at the lower end of the 4 Star scale. For instance, I consider nearly all of the other 4 Star strains that I have reviewed to be better than this particular strain. Still, it’s not quite a 3 star strain and given no other options I’d be plenty happy with this weed temporarily. However, I think that after a few days of smoking it I’d get quite sick of the taste and would no longer be happy with it.

Super Skunk Hash: I got some Super Skunk hash at the same time that I got this strain, and I smoked nearly all of 2 grams in a day. I didn’t take any pictures and I didn’t do a review on it as it just wasn’t that exceptional to me. In fact, I found the hash to be nearly identical in potency and duration as the raw cannabis itself, which means that my advice is to take the weed over the hashish and save yourself a few bucks.