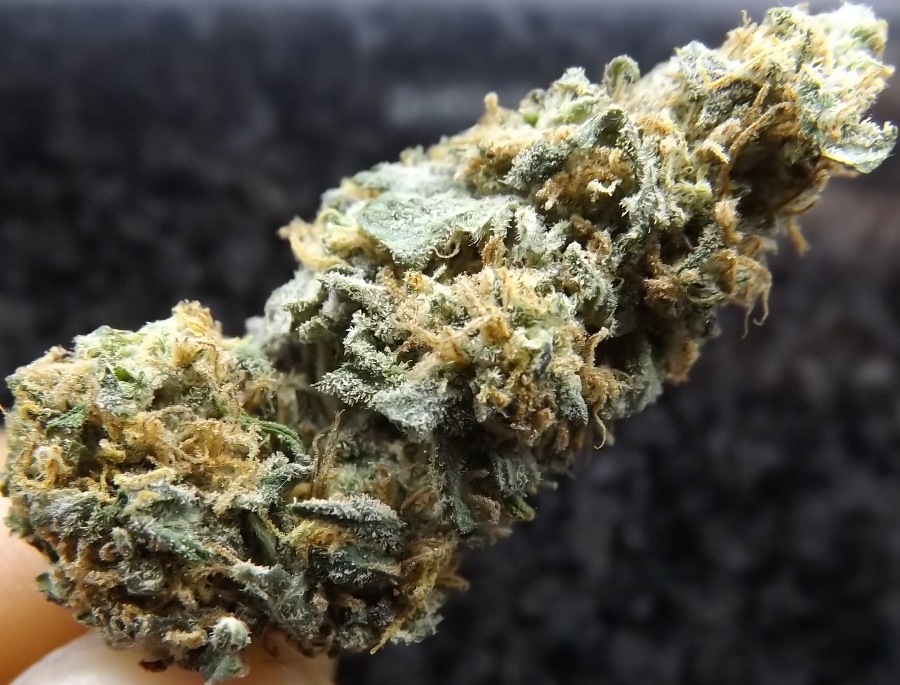 This marijuana strain review of Afghan Kush is for the variety offered by the Alhambra Culture Club in Barcelona. There’s lots of Kush around right now, including Cranberry Kush that I tried a few weeks ago, as well as OG Kush, Gold Kush, Violator Kush and others. But in my opinion, Afghan Kush is one of the best Kush cannabis strains, even though it’s still not one of my favorites. A potent 4 Star weed, Afghan Kush is a good strain if you want premium marijuana without getting too stoned or spending too much money.

If you’re one of those people who are especially fond of Kush strains, then it’s likely that you’ll agree with me that Afghan Kush is among the very best of the Kush family.  In fact, in an article for High Times, Danny Danko writes:

Breeders know that one of the best ways to wow discerning judges is to use genetics laden with Afghani heritage.

But before I get too far into this review, I want to point out something that I think is missed by many people when they read cannabis strain reviews;

The same exact strain raised by different growers will produce substantially different versions of that strain.

For instance, this review is for Afghan Kush as grown by my fellow members at the Alhambra cannabis club. However, as I am writing this I am smoking a bong of Afghan Kush grown by an associate that I met at the Jammin cannabis club. If I were to write a review of his version of Afghan Kush, it would probably read like an entirely new strain of weed.

Lighting, fertilizer, soil, water, growth medium, air quality & circulation, sexing, environmental contaminants and influences and human/plant interaction levels all play a critical role in the marijuana that you end up with. Change these variances slightly even among identical strains, and the result will be markedly different versions of the same weed.

So marijuana strain reviews must be read with the understanding that a particular review does not necessarily represent the particular strain you’ve got, even if it’s the same strain.

This weed came in the form of tall, thin buds that were rather distinct-looking in that they were so elongated. The overall color is a mid- to-dark green with darker orange hairs found in abundance. The buds are highly resinous, with uniquely small trichromes – but there are more of them than the typical premium marijuana strain.

This cannabis strain gets my vote for “the stickiest strain in Barcelona.” It’s annoyingly sticky if you’re trying to roll a joint, and when pushing a bud into a bowl piece, you may find that it comes back out and remains on your finger even when you give it a good roll and push.

Of course, I’m not complaining; sticky is a good thing!

Afghan Kush has a distinct odor of saffron blended with sage and Greek oregano. However, once you start to break the buds up, a powerful scent of lemon comes out. This is quite nice but unfortunately this lemony scent doesn’t pass through as a flavor when smoked.

Instead, this strain tasted a bit like some pollen, white flour and a drop of perfume got in my mouth. It wasn’t exactly unpleasant, but it wasn’t awesome either. In general the taste of this weed isn’t one that I’d want to experience all the time.

I once grew some indoor weed that got mites toward the end of the flowering cycle, and to combat them I was forced to use an organic spray. Consequently the processed buds ended up tasting like the spray, and Afghan Kush also tastes a lot like this.

Interestingly, the Afghan Kush that my friend grew (and I am smoking at this very moment) does not have this taste at all. Why is the taste of the Alhambra version so different? Only the growers know.

I got high on the first hit of Afghan Kush, and by the second hit I was pleasantly surprised at the powerful high I began feeling around my eyes and temples. After 4 hits I was really high, but the difference between the third and fourth hit was negligible.

The high from Afghan Kush is focused primarily in the “mask” zone, and for me did not extend far enough down my neck to constitute anything close to a “body buzz.” Still, the high is potent and active. I could only get about 90 minutes on average out of Afghan Kush. There doesn’t seem to be a peaking period with this strain; it gets you high immediately and stays fairly consistent until it begins to break down after about 45 minutes, then there’s a 45 minute decline that doesn’t seem to be hastened much by food, beverages or exercise.

The duration of this strain is, for me, a little disappointing, but it’s still better than a number of other strains. Although I didn’t do a review on them, I also tried OG Kush and Gold Kush, and the duration and potency were about the same. However, Cranberry Kush delivers a high that lasts much longer, so if you get your pick of Kush, the Cranberry is what I recommend.

Afghan Kush is an appealing and efficient marijuana strain that has a fairly short-acting high which lasts for about 90 minutes. It’s definitely a premium 4 Star cannabis strain, but if I have the choice of better (I do!) I’ll choose something else. Cannabis clubs in Barcelona allow me to be selective like this, but if I was in the States and I could get this weed, I’d be very happy indeed.