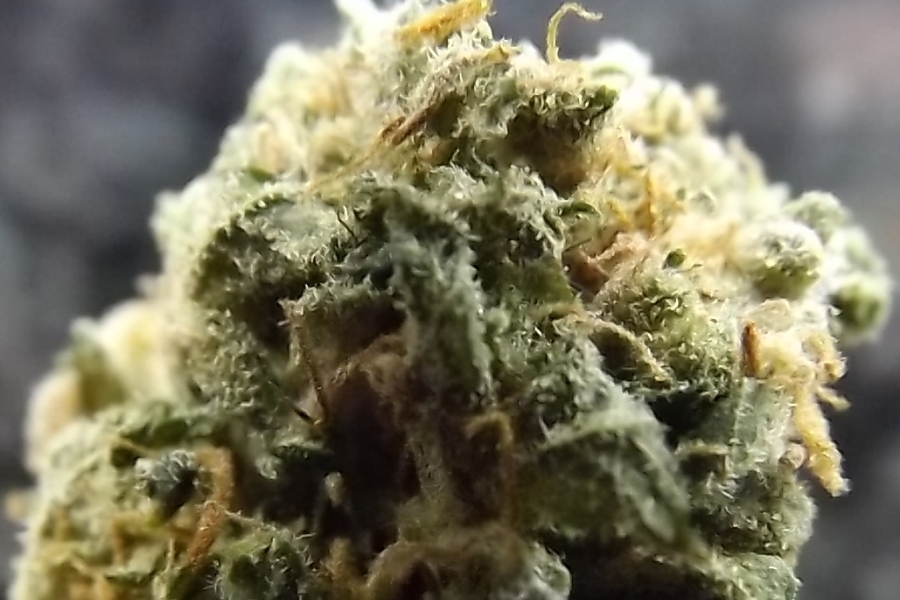 This marijuana strain review is for the Cranberry Kush variety offered at Cannabis Social Club Barcelona. Kush is all the rage right now and I’d never tried any specific strain of it that I can remember, so acquiring these buds was pretty exciting for me. And being that cranberry is my favorite type of juice, I figured this would be a tasty little strain. Based on the hype over Kush at the moment, I also figured this stuff would knock me on my ass. Read the rest of this Marijuana Strain Review to find out how Cranberry Kush performed.

It’ll put a smile on your face just handling it…

This variety of Kush did look a little reddish in the bag, but the predominant secondary color was orange once out in the open air. The primary coloring is a little hard to describe because each bud in the bag was different. One was stark, bright green with no orange. Once was so orange it looked rusty. Another was a fair blend of green and orange.

In any case, Cranberry Kush doesn’t really look like a weed that will be intense, but its reputation preceded it so I was anticipating a potent high. When I broke the bag open and examined the buds closely, this expectation increased even more; this pot is heavily crystallized despite the fact that the resin glands are rather small.

Overall the buds I received had just the right amount of moisture content; they were dense but pliable and with enough glands to make the bud stick to your finger unassisted for a couple of seconds. It’s not icky-sticky, but it’ll put a smile on your face just handling it. Cranberry Kush has a unique bouquet, but I couldn’t really detect “cranberry” in there. Instead I found the scent to be somewhat like NYC Diesel, only duskier and far more subtle. There is a slight citrus smell to this bud- my wife noticed it more than I did but it’s in there somewhere. It’s possible that the cranberry part of the name was affixed in the grow room, where this citrus note is probably much more noticeable. 2 grams wasn’t quite enough to bring it out.

However, once you fire this bud up, you’ll get a moderate taste of citrus that lodges itself in your nose and mouth. This is unique in my experience; most weed leaves a taste or flavor in my upper sinuses or in the back of my mouth and throat.

The citrus taste and smell is increased substantially when you exhale through your nose, and it lingers for a while after each hit. I like bud like this; there’s more to enjoy than just the high, and in this regard Cranberry Kush performs beautifully.

I just had to take a nap

This may have been my first experience with Kush and I don’t think it lived up to its reputation. The high was great but not as potent as I was expecting based on all the hype over this variety. From Los Angeles to Barcelona, Kush is all the rage right now. Perhaps the Cranberry variety is less potent?

But don’t get me wrong – it’s still an awesome marijuana strain and will get you plenty high. After 2 big bong rips I was fairly high but I couldn’t quite pinpoint exactly where I was high. It wasn’t in the “mask” zone behind the eyes like a lot of good bud, and it wasn’t up high in the head, and it wasn’t a body buzz either. It was more “internalized,” if that makes any sense.

After the standard measure of 4 large bong rips I was definitely high, and this feeling then moved into the mask zone. The high peaked for about 10 minutes and then reached a nice plateau. I found myself zoning out and feeling really tired. I tried to fight it but eventually I just had to take a nap. When I woke up about 90 minutes later I was still moderately high, which means that Cranberry Kush delivers a sustained high despite the fact that it put me to sleep. Subsequent use of this strain produced a similar effect, so I learned to smoke it while standing up just prior to going out and doing something. If you stay moving Cranberry Kush won’t be able to put you down. Expect the primary influence of this strain to subside after 2-3 hours for experienced tokers, perhaps longer for newbies.

Eating significantly reduces the duration of the high from Cranberry Kush.

I like this marijuana strain and overall give it 4 stars, but I don’t feel it lived up to the hype associated with Kush in general. It’s a mid-grade premium marijuana that performs solidly, but given a better option I’d go with something more potent. I’ll review virtually any type of weed, but when it comes to my personal smoking habits, I try to go with “5 Star” weed only.

My next marijuana strain review is of a variety that I did rate 5 stars, and this type of weed will completely fuck up your day. Subscribe to be automatically updated on that post when it is published. You can use the RSS icon below or in the top right of the site.