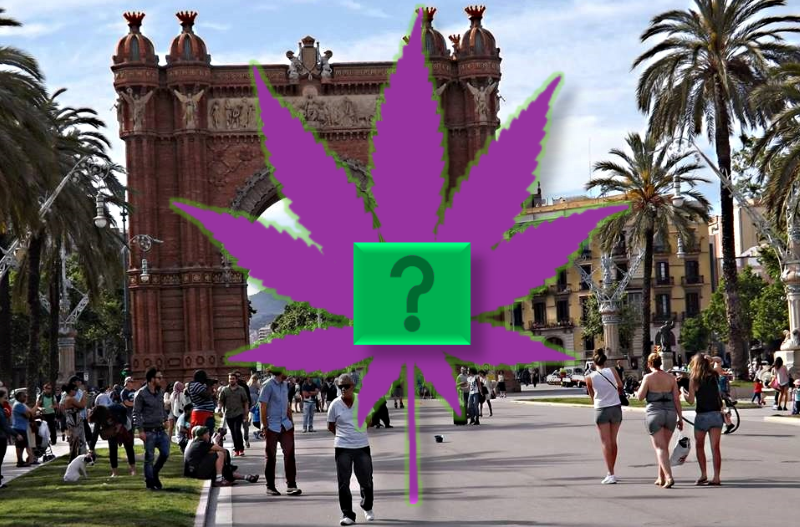 The short answer to “can tourists buy weed in Barcelona?” is an easy “yes.” Although Barcelona isn’t exactly a tourist-friendly city sometimes, there is no law preventing foreigners from joining private cannabis social clubs, which means that tourists can buy weed in Barcelona. However, it’s not as straight-forward as many people would like, so read on to understand just what it takes for a tourist in Barcelona to buy weed.

Can Tourists Buy Weed in Barcelona?

Yes, tourists can buy weed in Barcelona, but they must carry out this transaction in a private setting. For foreigners and tourists who don’t know people in the city, this can be an impossible task. Fortunately, there are hundreds of private cannabis social clubs in Barcelona, and most of these places are accessible by tourists. In fact, most Barcelona weed clubs allow foreigners and tourists to join, which means that yes – absolutely! – tourists can buy weed in Barcelona. The only condition is that you must know someone who is already a member of the club who can sponsor you for membership; but don’t worry! We’ve got you covered, just email us and we will be glad to sponsor you, as we are members at many Barcelona cannabis social clubs: contact@marijuanagames.org

Why Do People Say that Tourists Cannot Join a Weed Club in Barcelona?

This is a myth and there has never been any truth to it. Because there are only Constitutional protections that allow the clubs to exist, but no specific legislation, regulation, or laws to govern these clubs, this means there are no laws governing who can join a cannabis club in Spain, which means that there is no law preventing tourists from buying weed in Barcelona from a private cannabis establishment.  There is usually no waiting period for tourists or foreigners, but a few clubs in the city do require waiting periods ranging from 3 to 15 days.  [We are only member of clubs with NO waiting period, so get in touch if you need us to sponsor you for membership]

Can Tourists Buy Weed in Barcelona, even if They Don’t Join a Cannabis Club?

This question is a little more difficult to answer, because there isn’t really a “legal” mechanism for them to acquire weed outside of a club. As explained in THIS ARTICLE, tourists and foreigners can join cannabis clubs, they can get weed gifted to them by friends or associates, or they can grow their own marijuana in a private setting. A tourist can buy weed in Barcelona if they use the black market as well; it’s not a criminal offense, but a ticket and accompanying fine will be issued if you’re caught.

To delve into this just a little more, if you decided to grow your own weed in Barcelona, you could technically ask for a reimbursement from your friends if they ask you to part with some of your homegrown buds. So, in legal theory, if you’re at a private home where cannabis is being grown, you could reimburse your host for what it cost them to produce any cannabis they give you. Even though this is not done in the safety of a private Barcelona cannabis club (and thus has no “Right to Association” protections under the Constitution), it’s still done in a private setting, and you’re not “buying” the weed; you’re simple reimbursing your friend for what it cost them to produce the cannabis.

Even if Spain wanted to create a law that banned tourists and foreigners from joining the nation’s private marijuana clubs, the law would be attacked immediately in the E.U. As a European Union member nation, Spain can’t do anything that would discriminate against other members of the E.U. This means that a law banning non-Spaniards from Barcelona’s cannabis clubs would itself be unlawful. Additionally, any such law would force thousands of people to instead turn to the black market, which would create more problems and criminality than it was intended to prevent.

So as of the summer of 2020, tourists can buy weed in Barcelona, but generally only by properly becoming a member of a private cannabis club.  Want to join a cannabis club in Barcelona? We can sponsor you, just email us: contact@marijuanagames.org.