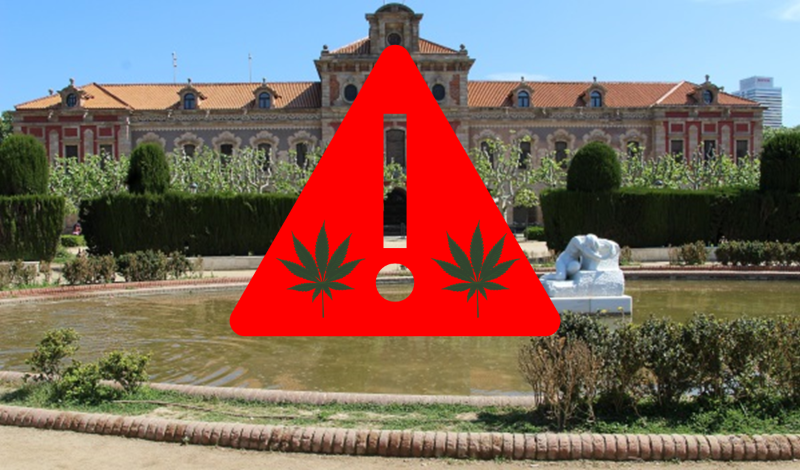 Is Marijuana Legal in Spain?

The shortest possible answer to this question follows: Yes, marijuana is legal in Spain, as long as it is only small amounts for personal use, and as long as cultivation, possession, and consumption occurs in private spaces only. Let’s look at the other questions this answer might prompt;

Technically speaking, yes, you can buy marijuana legally in Spain, even if it’s from the black market. If you are caught buying marijuana in Spain from a street dealer, you’ll be fined and nothing more; it’s not a criminal offense. However, fines are steep; 400 to 600 Euro or more. So, don’t get caught, or better yet, if you’re in Catalunya, you can join a cannabis club in Barcelona.

*Are Cannabis Clubs Legal in Spain?

Yes, cannabis clubs in Spain are legal. This is because these associations are completely private, thus safety under Spain’s Constitutional privacy protections is generally assured. Unfortunately, because these cannabis social clubs are private, you need to know someone who is already a member and can recommend you if you want to join.

*Can Friends Give Me Marijuana in Spain Legally?

Yes, your friends and associates can give you legal weed in Spain; there’s nothing wrong with that. Just make sure it’s for personal use only, and follow the other points detailed below.

*Can I Grow My Own Legal Marijuana in Spain?

Yes, you can grow your own weed legally in Spain. As long as the plants you grow are in a private space that cannot be seen by anyone in the “public view,” and as long as you only have 3-6 plants, you’ll be protected by Spain’s privacy laws. You can share your cannabis with your friends legally, too.

*So, when is Marijuana Not Legal in Spain?

Marijuana is not legal in Spain when it’s in public spaces, and/or possession of large amounts. Personal possession of marijuana in Spain has never been prosecuted as a crime. As long as you’re in a private space, you can relax and get high in peace. But the moment you enter public areas with cannabis, you’re at risk of civil fines. Not criminal charges; a simple civil fine, and not a big deal overall, but expensive.

The privacy laws in Spain are a little tricky, however. For instance, if you leave your home, a private cannabis club, or any other private place, and you have cannabis in your pockets, you are subject to searches the moment you enter the street or sidewalk. If police search your pockets and find weed, they’ll either take it from you and give you a warning, or – especially if you’re a tourist or foreigner – they’ll give you a fine. But in this same exact situation, if you had merely placed the weed in your underwear or panties before leaving your protected private space, then you would still be covered under the Constitution, as police officers cannot search your personal private areas without a search warrant.

All of this means that you also cannot consume cannabis in public; smoking at the beach, toking up in Parc Retiro, or puffing a spliff while checking out Placa Catalunya is common, but it’s not technically legal; get caught, and you’ll lose your weed and receive a fine.

Additionally, I should mention that dealing with police in some parts of Spain is definitely not fun. So, keep things private, and then if someone asks you “is marijuana legal in Spain?” you’ll know the answer.

2 thoughts on “Is Marijuana Legal in Spain?”