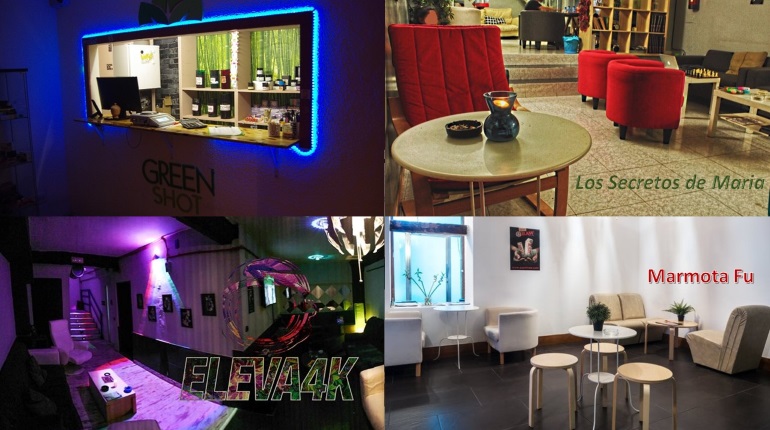 Cannabis social clubs in Madrid have existed in relative obscurity for many years, but like the private cannabis associations in Barcelona, the word has gotten out about Madrid. Unfortunately, this has led to the spread of misinformation about Madrid’s cannabis clubs, and confusion about how the clubs operate, who can join them, and what types of cannabis products are being produced on behalf of members. This article dispels the top 8 most common untruths about Madrid’s cannabis social clubs.

Fiction: Madrid Only has a Few Cannabis Clubs

Fact: The city of Madrid hosts 80-100 cannabis clubs in the center alone, with more in the surrounding region.

Fiction: You Must be Spanish to Join a Cannabis Club in Madrid

Fact: Any person regardless of nationality can join a cannabis social club in Madrid, or anywhere else in Spain. The primary requirement is that new members are sponsored or referred by existing members, and that the cannabis products are not shared or distributed outside of this closed circle group of people.

Fiction: The Cannabis Social Club Scene is New in Madrid

Fact: The cannabis social club scene in Madrid is well established. One of the best cannabis clubs in Spain was called High Class. It was based in Madrid and had its heyday around 2014. Before then, other cannabis associations had existed for at least 5 years, with a new crop of social clubs registering with the city in 2012 and 2013.

Fiction: Cannabis in Madrid is Often Contaminated with Feces

Fact: This rumor stems from a study conducted in 2018 that found that 75% of street hash sold in Madrid was contaminated with feces. This makes perfect sense because this type of hash is typically smuggled via the human anus at some point in its journey from Africa or the Middle East to Europe. The study did not refer to any other cannabis products in Madrid, and did not examine any products from marijuana clubs in the city. The reality is that most cannabis products available to members of social clubs in Madrid is not contaminated with feces. (Don’t buy street hash in Madrid, and this won’t be a concern for you. Support social clubs instead. You can read about the study and this author’s investigation into the allegations here: https://marijuanagames.org/madrid-cannabis-fire-or-feces/)

Fact: 6 or 7 years ago, this might have been the case. But not today. Today’s cannabis clubs in Madrid feature numerous types of cured flower, as well as hash, extracts, concentrates, tincture, etc. Some clubs specialize in dabs and oils for vaping, while others produce full-melt iceolator that’s almost too pretty to consume. You can also often find exotic strains and genetics from the US and the Netherlands.

Fiction: You can Get Arrested for Joining a Cannabis Club in Madrid

Fact: This never happens because it can’t. In Spain, personal possession or use of cannabis isn’t a crime and has never been criminally prosecuted. If you are caught with a small amount of cannabis, you might receive a fine of several hundred Euros or more, but you won’t get arrested or have a criminal record. Spain’s privacy protections are generous, which means that in a private setting like your home, or a cannabis club, you can be free to mostly do as you please, including to consume and even grow cannabis. But in public spaces, possession is a civil infraction worthy of a fine and confiscation.

Fiction: It’s Difficult to Become a Member of a Madrid Cannabis Club

Fact: The primary requirements to join a cannabis club in Madrid are the same as most other marijuana social clubs in Spain; you must be 18+ or 21+ (depending on the club), be sponsored for membership by an existing member of the club, and “assign” the club the right to grow on your behalf. To prove your age and identity, you must have a valid photographic ID.