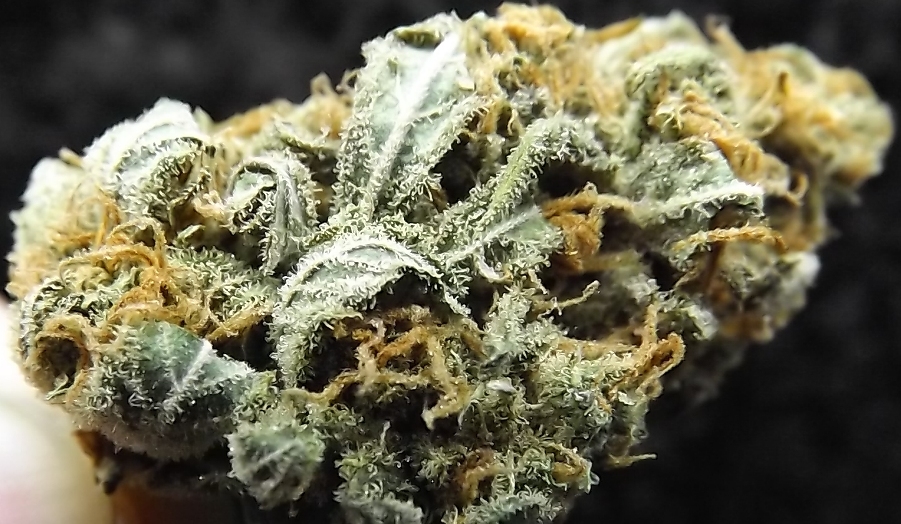 This marijuana strain review is for a type of weed I had never heard of before: Black Lemon. At the time I had several of the most potent marijuana strains in the world placed in front of me and I had to force myself to only choose 2: Amnesia, NYC Diesel, Cheese or Black Lemon. When I opened a large glass jar of the Black Lemon and poked my nose inside, I knew I had to sample this beautiful strain. Diesel and Cheese are great, but I’ve smoked more of those strains than any other apart from White Widow, so I was ready to try something new. I’m glad I did, because Black Lemon is freakin’ awesome. 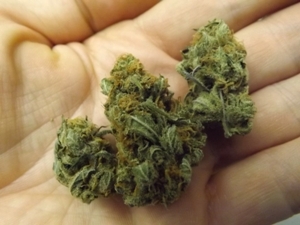 Black Lemon is an aptly named marijuana strain because it sort of looks like a dark green or even black bud that has been encrusted with crystallized lemon juice. The buds have large sections of very dark green areas and are heavily crystallized, making them fairly sticky to the touch. There is quite a bit of orange mottling throughout.

The Black Lemon strain is a sativa-heavy hybrid consisting mostly of crosses between Limonet Haze and “The Black” or Black strain.  According to Elite Seeds Black Lemon has a high THC but low CBD content, which means that users can expect a cerebral experience.

One of the most interesting things about this strain is that when you compress it, it does not spring back. This tells me it’s probably pretty fresh and was cured by a master. Many of the strains available in Spain are crumbly and dry, so this was a welcome change.

Black Lemon buds are large and remarkably heavy but not dense. Overall the buds are bigger than most types of weed available in Barcelona, and as you can see from the pictures in this post, this is a visually-arresting cannabis strain. 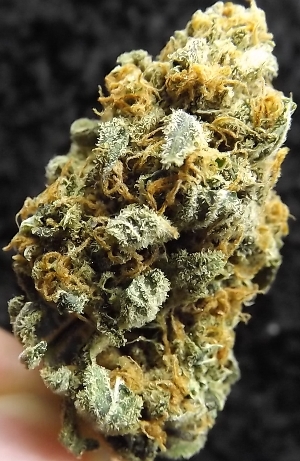 Black Lemon doesn’t have much of a bouquet or fragrance in the bag, and outside of the bag there’s not much to mention. By looking at it you’d think this pot would reek, but it doesn’t. Nevertheless, the bouquet seems to have influenced the name of this strain, as the primary scent is that of dried thyme – a decidedly lemony type of smell. However, this is blended nicely with a hint of spicy oregano.

If I could afford it I might consider putting a little of this in some pasta sauce.

Once you start to break open these buds the strong scent of ammonia will rush into the room, so don’t let its otherwise mellow and light bouquet fool you.

When smoked in a glass bong this marijuana strain comes through with its namesake flavor of lemon, but this is mixed with a taste of mint and barley that leaves a tingly sensation on the center of your tongue.

After just two hits from a freshly cleaned bong I felt the Black Lemon high come from the top of my brow and slide down the front of my face. I could easily detect that the high was increasing its surface area in my body and getting stronger by the minute.

On the third hit I went a little overboard and took too much, resulting in a coughing spell. When this was over I was seriously ripped and didn’t really need a 4th hit, but I took one anyway. After that the high moved into my cheeks and began buzzing there. Meanwhile the euphoric feeling pulsated on the top of my head and in my brow and then sank down into the back of my neck.

Black Lemon produces an extremely strong high comparable to Amnesia or Yumboldt. It will leave you smiling while you marvel at just how high you really are – a novelty for the typical daily smoker. 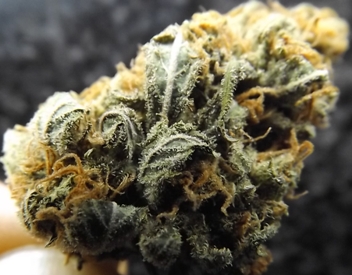 This marijuana strain can keep even an experienced pot smoker high for 2-3 hours, depending on your activity during that time. Eating significantly reduces the Black Lemon high; probably by as much as 40-50%. Therefore, eating a meal or some snacks before getting high with this weed is advisable.

I didn’t notice much of a peaking period because this strain hits you so hard and so fast that you’re already totally ripped just moments after smoking it. Overall it’s exceptionally fast-acting and moderately long-lasting.

The Black Lemon marijuana strain is one of my new favorites. I’d take this strain over any 4 Star strains, and I’d probably take this over Yumboldt or NYC Diesel. Probably. However, I’d almost certainly take Amnesia over Black Lemon if I couldn’t afford both. 😉