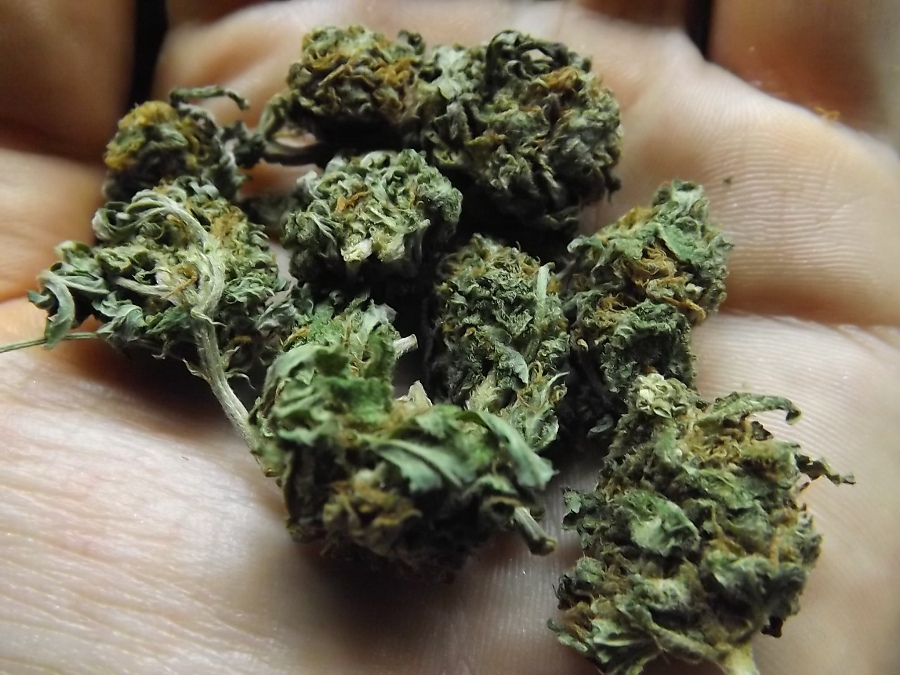 [author-post-rating]
This marijuana strain review covers the Black Water variety acquired from the RDM private cannabis club in Barcelona. Black Water, like most cannabis strains available in Spain, is an Indica/Sativa blend. It came well-recommended but ultimately didn’t perform so well for me. In fact, after reviewing it I tossed it into a drawer and had to force myself to eventually smoke it in joints just to get rid of it. I mean, it’s certainly not dirt weed, but if you’re a Cannabis Connoisseur like me, you’ll probably want to leave this strain to the tourists.

I loathe writing what could be construed as a “negative” review, but the fact of the matter is that the only attribute that Black Water possesses that sets it apart from other cannabis strains is that it’s quite pleasant to look at. The buds are small and a little spindly, but they are an intense and fresh green that you don’t see too often except on live plants.

Despite this striking appearance, there’s little that is striking about the buds overall. They are dry, somewhat lifeless, and unnaturally devoid of stickiness – usually an indicator of poorly processed, overly aged or low quality weed, in my opinion. Of course, I thought this at one time about the Sweet Afghani marijuana strain, and I was subsequently proven quite wrong.

One of the most noticeable things about this cannabis strain is the scent. It is highly unique and can best be compared to freshly cut radishes and wet earth, with a high note of ammonia.

Smoking Black Water out of a bong produced almost no taste, but it did leave a mild “bitter” taste on the rood of my mouth that could more accurately be described as a feeling than an actual taste. The smoke is pleasantly mellow but deceptively thick and white. After 2 rips from a fresh bong I felt a mild high begin to creep just above my eyebrows, work its way up my forehead and eventually slowly pulsate at the top of my head. It’s a spacey kind of high but not a powerful one. If you don’t pay attention to it you might not really notice that you’re high at all.

After 4 hits I was high but not sufficiently so and felt I needed a couple more tokes in order to get myself right, but for the sake of the review I resisted.

The high peaked after just a few minutes. I remember thinking during the peak that Black Water wasn’t so bad, but that zenith faded in a hurry and left me a little disappointed.

However, later I rolled up 2 joints of this cannabis strain and smoked each one by myself (on two separate occasions) and got pretty damn high. But I find that to be too much to smoke for one high. In my opinion, a joint should provide one person with about 4 independent highs: smoking 1/3 of the joint 3 times, and then smoking the roach later for the final buzz.

The point is that when I smoked enough of it, Black Water rewarded me with a really pleasant head and body buzz, but I don’t like to smoke that much to get high. For a working, functional high, I think 2 hits is a good number. For getting ripped before watching a movie or going out with friends, 4 hits should be more than sufficient.

The total duration of the Black Water high is about 2 hours, but this begins to drop off sharply not long after smoking. After an hour about 65% of the high is gone, with the remainder swiftly fading.

In general the high produced by Black Water reminded me a lot of the Super 7 cannabis strain, which I summed up as “meh.” If there were some other major redeeming quality I might find a way to rate this as a 4 Star strain, but the reality is that it’s only a mid-range 3 Star. I wouldn’t buy it unless there were no better options available, and in a badass city like Barcelona, that’s just never going to be a problem.