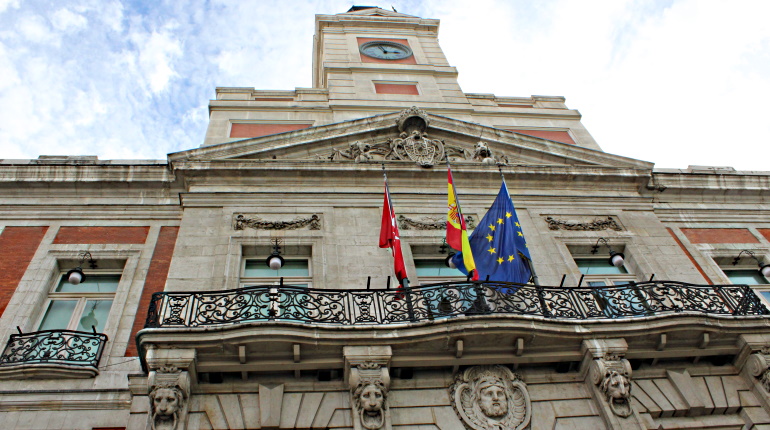 Understanding cannabis laws in Madrid can mean the difference between enjoying Spain’s capital city peacefully, or getting ticketed, fined, harassed, arrested, or robbed. While the cannabis laws in Madrid are liberal compared to major cities in most other countries, the following are 8 things you should know before you light up en la ciudad de Madrid.

While there are no specific laws that make cannabis legal in Madrid, there is a longstanding practice in Spain overall of not criminalizing personal possession of marijuana. In fact, Spain has never criminally persecuted anyone for personal possession or consumption of cannabis. This is partly due to the fact that cannabis use in the form of hashish is cultural in Spain, but it’s mostly due to the way the country’s constitution has been constructed; see item #2 below.

Spain’s Constitution guarantees its citizens generous privacy protections, especially privacy in one’s own home or residence. Essentially, the Spanish government allows citizens to do what they want in private. Although there are no cannabis laws in Madrid specifically authorizing this, these privacy protections can allow a person to grow a few marijuana plants at home, and consume related products in private.

3. Laws Against Public Consumption of Cannabis in Madrid

It is against the law to possess, display, or consume cannabis in Madrid. This does not conflict with item #2 above, because the Constitutional protections described only apply in private. Once on Spain’s streets, parks, or other public places, there is no longer a “right to privacy” for citizens. Possession or consumption of small amounts of cannabis can lead to harassment by police and the issuance of an expensive ticket or fine (up to 1,000 Euro), and the confiscation of any marijuana found.

The “Public versus Private” situation in Spain also means that if you choose to grow cannabis in Madrid, the plants must not be in the public view. For instance, plants grown on a balcony are visible to the public, which excludes them from any privacy protections. As another example, if the smoke from your joints or bongs wafts out of your windows and then into the windows or doors of a residence nearby, then you are considered to have violated the privacy principle and could be ticketed; your smoke entered public space.

4. Laws Against Consumption by Minor Children

Possession or consumption of cannabis in Madrid by anyone under the age of 18 years is an offense under the law, including civil or criminal sanctions for adults that furnish marijuana products to minors.

5. Laws Against Trafficking of Marijuana in Madrid

It is illegal to sell marijuana in Madrid. Police regularly pursue traffickers, including low-level street hustlers. While criminal penalties for trafficking are fairly relaxed compared to many other countries, hefty fines and jail time are possible, depending on the circumstances and people involved.

6. There are more than 80 Legal Cannabis Clubs in Madrid

Taking advantage of Spain’s Constitution once again, more than 80 private cannabis clubs exist in Madrid.  This includes clubs like Los Secretos de Maria, Gasolina, Green Shot, Eleva4K, and many others. These clubs stand firmly on Spain’s Right to Privacy, and the Right to Association, both of which are constitutionally protected. These clubs must be private, which means that it is not possible for the public to join. New members can only enter the club after vetting and a referral by an existing member. These clubs are completely private under the law, and members share the cost of cultivating cannabis, which means that no trafficking is involved.

7. Some CBD Products are Illegal

As a result of laws pushed by the European Union, it is illegal to buy certain CBD products in Madrid, or anywhere in Spain. These include most types of CBD-infused edibles and beverages, as well as some personal care products. However, enforcement of these laws (enacted only within the last 2 years) are often lax.

8. Getting caught with Cannabis in Madrid

Cannabis laws in Madrid dictate that all persons publicly possessing, consuming, or displaying marijuana products shall be searched, questioned, and fined. There are no criminal proceedings, and in most cases a trip to the police station is not necessary; police handle the entire interaction on-the-scene. No reports to authorities of Spain or any other country are ever made, except to the municipality for the purpose of collecting the related fine. Tickets are generally received around 6 to 8 weeks later at the registered address of the “offender.” These tickets and the fines involved are time-sensitive, with amounts quickly increasing after almost impossible-to-meet deadlines, so if you receive one of these tickets and intend to pay it, do so immediately upon receipt.

Overall, the cannabis laws in Madrid are liberal and allow most people to easily cultivate, acquire, possess, and consume marijuana peaceably – as long as it’s all done in private. Have you grown cannabis in Spain, or are you a member of any cannabis clubs in Madrid? Have tips for people who are new to Madrid? Let us know your thoughts in the comments section below: